Explore other pages in: Featured pages • Groups and organisations

Twinning brings together people from different countries to share their values and cultures, promoting friendship and understanding. 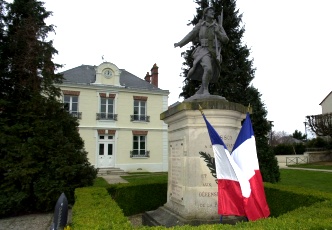 Cesson is 36 miles south-east of Paris, north of Fontainebleau.

It is a small residential town in the department of Seine et Marne: click here to visit www.ville-cesson.fr

For more information please contact our Chairman Mike Pearce on or 01454 323702.

How the Twinning Association began

British and French aviation engineers worked together on the British-French Concorde Project at Filton.

Robin Blake, who later became Chairman of Dodington Parish Council, lived in Melun (near Cesson) in 1967/8, when he was the Bristol Siddely (later Rolls-Royce) Test Engineering representative.

He knew a number of colleagues who lived in Cesson from working with them at SNECMA Villaroche.

Roland Lacroix was the SNECMA Engineering representative at Rolls-Royce in the early 70s.

He lived in Patchway, but got to know a number of families from the Chipping Sodbury area, as a result of being introduced to Sodbury Round Table by Robin. 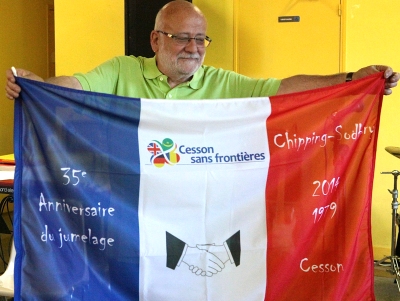 On his return to Cesson, he told Robin that they had a Twinning Committee and were looking for a similar sized UK community to form a twinning link.

Two public meetings were held in Chipping Sodbury and a committee was formed in March 1978.

The idea of twinning was supported by councils, local organisations and individuals.

Since then regular visits have been arranged in both directions by the Twinning Committees in Sodbury & District and Cesson.

Explore other pages in: Featured pages • Groups and organisations